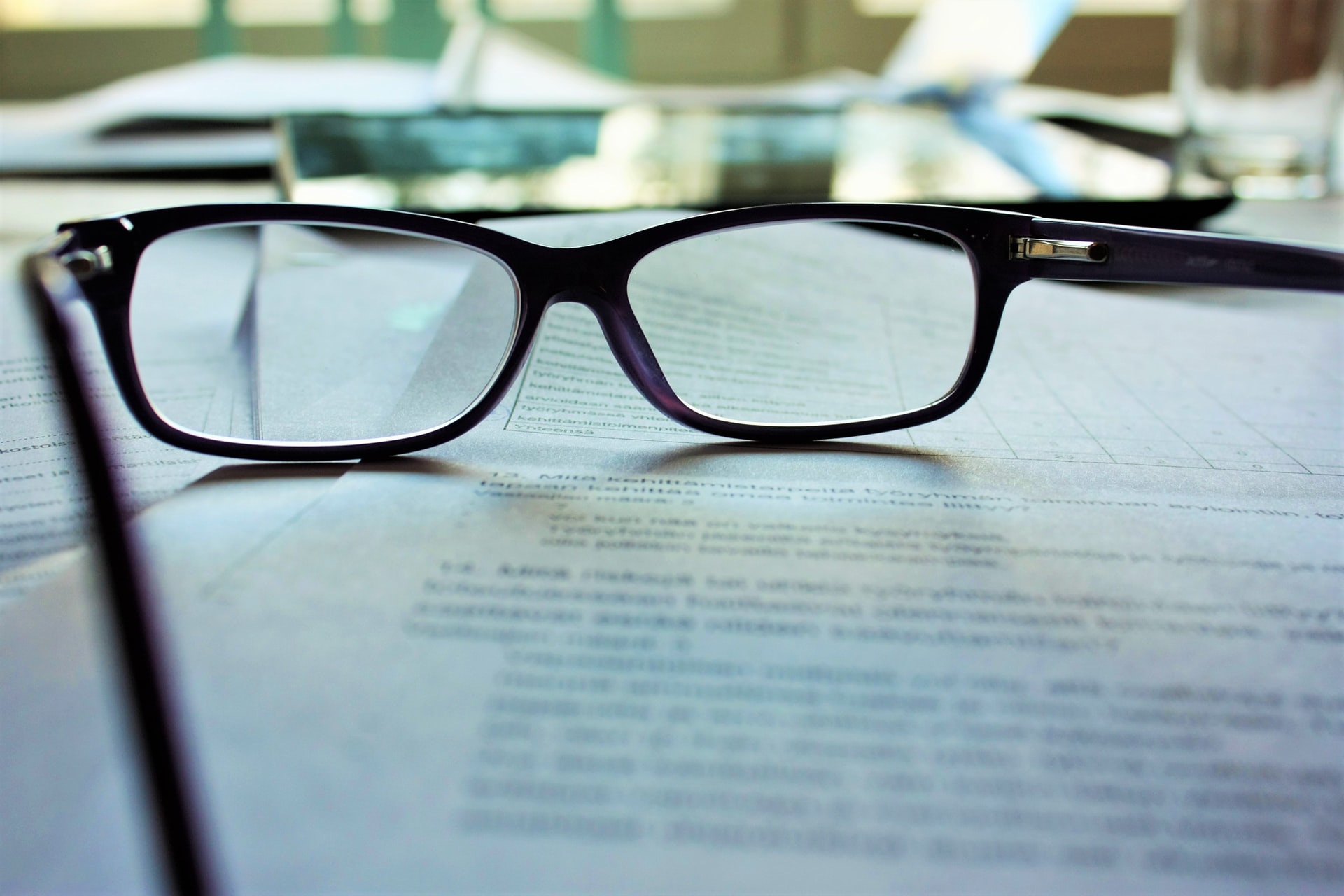 Contracts are an important part of business, as well as in most transactions. Once you enter into a contract with another person or business, you are both expected to fulfill the terms of the contract. While contracts are generally binding for both parties, it is important to be aware of certain issues that could make an otherwise valid contract unenforceable by law. The elements of a contract are offer, acceptance, and consideration, which have strict standards of enforceability. We will look at several contract issues that could potentially nullify legal obligations of the parties involved and examine Utah law on such issues.

When a contract is entered into by a party while under duress or extreme stress due to unlawful pressure from another party, the obligations of the parties under the contract are not enforceable. Things that fall under this category are any form of threat or coercion that causes a party to enter into an agreement. However, even if a party has been pressured into an agreement, it does not constitute duress unless that pressure caused the party to do something it would not ordinarily have done. A common example of such would be blackmail. It is not enough to show that a party was under pressure to sign an agreement (if this were the case, just about any contract would be null under the law), it must be shown that the unlawful pressure or coercion from another party was the root cause of the agreement being entered into. For this reason, duress can be difficult to prove.Under Utah law, duress exists when "a party's manifestation of assent is induced by an improper threat by the other party that leaves the victim no reasonable alternative." Andreini v. Hultgren, 860 P.2d 916, 921 (Utah 1993). In other words, duress can be proven when a party is being threatened in some way that induces them to make an agreement they would not normally have made. The threat must be such that it left the victim no reasonable alternative but to consent.

Undue influence is when one party takes advantage of their special relationship with another party to convince them to enter into an agreement. An agreement made under undue influence could be unenforceable under the law. To prove that undue influence has taken place it must be shown that one party pressured the other, and that the pressured party had a particular susceptibility to the pressure based on the relationship between the parties. This inequity in power between the parties vitiates one parties’ consent, because they can no longer exercise their independent will. A common example of undue influence is found in estate law when a vulnerable adult is persuaded by a family member to alter some portion of their will to the benefit of that family member; although undue influence is prevalent in many different kinds of law.Under Utah law, having a “position of special trust” that would make the other party particularly susceptible to pressures can be established “either by occupying a position specifically listed by statute or by fitting the definition of a position of special trust, which the statute clearly defines as a position occupied by a person in a position of authority, who, by reason of that position is able to exercise undue influence over the victim”. State987 v. Watkins, 309 P.3d 209 (Utah 2013). Thus, in determining whether undue influence was a factor in a party making an agreement, the courts will look first to the position held by the influencer relative to the victim.

Unconscionability is a legal doctrine that describes terms that are extremely unjust or unfair in an agreement. Generally, it applies when one party has superior bargaining power over the other (one party is experienced in the matter and the other is an average consumer), and the resulting agreement is extremely one-sided. For the court to find an agreement or contract unconscionable, it will consider several things. First, if one party has superior bargaining power, secondly, if the other party would have had a reasonable difficulty in understanding the terms of the agreement, and thirdly, if the terms themselves were unfair. An unconscionable agreement as determined by the court can be considered void in its entirety, or instead the agreement could be corrected for certain unfair clauses and terms while the rest is unchanged.Utah law holds that “Even if a contract term is unreasonable or more advantageous to one party, the contract, without more, is not unconscionable.” Instead, the terms must be “so one-sided as to oppress or unfairly surprise an innocent party or ... there exists an overall imbalance in the obligations and rights imposed by the bargain... according to the mores and business practices of the time and place.” Sosa v. Paulos, 924 P.2d 357, 360 (Utah 1996) (citations omitted). In other words, it is not enough for a contract to favor one party. To be unconscionable, the terms of the contract must oppress the one party or unfairly surprise them with terms they were not given the opportunity to understand or discuss prior to entering into the agreement.

Within the terms of an agreement, if there was a significant mistake that affects something material, the agreement could be unenforceable. The mistake could be the fault of either party, or both, but regardless of who caused the mistake it must have had a significant effect on the terms of the agreement itself to nullify the agreement. Such mistakes can be corrected, and the updated contract can be resigned by all parties, or a new agreement entirely can be created in place of the original (with the consent of all parties).

Contracts can be found unenforceable on the grounds of conflicting public policy. This is not only to protect the parties involved, but also because a contract that goes against something in public policy could be dangerous to society. A court cannot enforce any type of contract that is already against state or federal law. For example, a dealer of illegal drugs cannot claim breach of contract when a recipient of his product does not pay him back. Or if a landlord’s contract requires that all tenants do not own pets, the court cannot enforce the contract on a tenant with a seeing-eye dog or emotional support animal (both of which are protected under Utah law).

A contract or agreement can be deemed as unenforceable when its terms are impossible to carry out. When terms in an agreement are too expensive or too difficult for the obligated party to fulfill those terms, it could be considered void by impossibility. Impossibility is difficult to claim in most scenarios and is generally reserved for extreme unforeseen circumstances. You would need to show that you cannot possibly complete performance under the terms of the contract because of some unexpected event for which you are not at fault, that the agreement did not take such an event into account, and that the event has made performance under the contract more difficult or expensive. A common example would be in the event of a natural disaster. If you were obligated to build a residential home under a construction contract within a certain budget under time restrictions, and an earthquake destroyed the nearly completed home, it would certainly make performance of some obligations much more difficult and expensive.To persuade the court that performance under the contract is impossible, it is necessary to show performance was made impossible or highly impracticable (can be done only at an excessive and unreasonable cost) by an unforeseen supervening event (an event that creates a major change in the expected circumstances) and describe the unforeseen circumstance. If it is decided that a party has proved the circumstances described are a supervening event, unforeseen at the time the contract was entered into and occurred through no fault of their own, and that the circumstances rendered the party’s performance of the contract impossible or impracticable, then that party’s obligations under the contract are excused. (UT: CV2125 Impossibility/Impracticability).

Lack of capacity means an individual does not have the capacity to legally agree to a contract or agreement. Such an agreement is voidable by the party who lacks/lacked the capacity to make the agreement in the first place. It is generally expected that both parties have the ability to understand what it is they are agreeing upon. Thus, if it appears that one party did not have this ability, the contract can be held unenforceable. This is most commonly seen when one party is too young, or for whatever reason lacks the mental capacity to understand an agreement and all its implications. The doctrine of lack of capacity is meant to prevent anyone from taking advantage of individuals who lack the ability to make a rational decision.Lack of capacity can be, but is not normally, applied to a situation in which a party is under the influence of drugs or alcohol. In such a situation, lack of capacity would likely be defensible only if the sober party knew the other party was inebriated and took advantage of their condition. Yet, even if this were the case, the courts generally rule that anyone who is voluntarily intoxicated should not be allowed to circumvent their contractual obligations.

Contracts are a significantly important part of business, and when problems arise from them, it is a serious issue. At Sumsion Business Law, our experienced team is ready and willing to help with your contract needs and any contract issues. Whether you are a corporation, small business, or individual, from complex transactions to breach of contract claims, we are prepared to represent you.