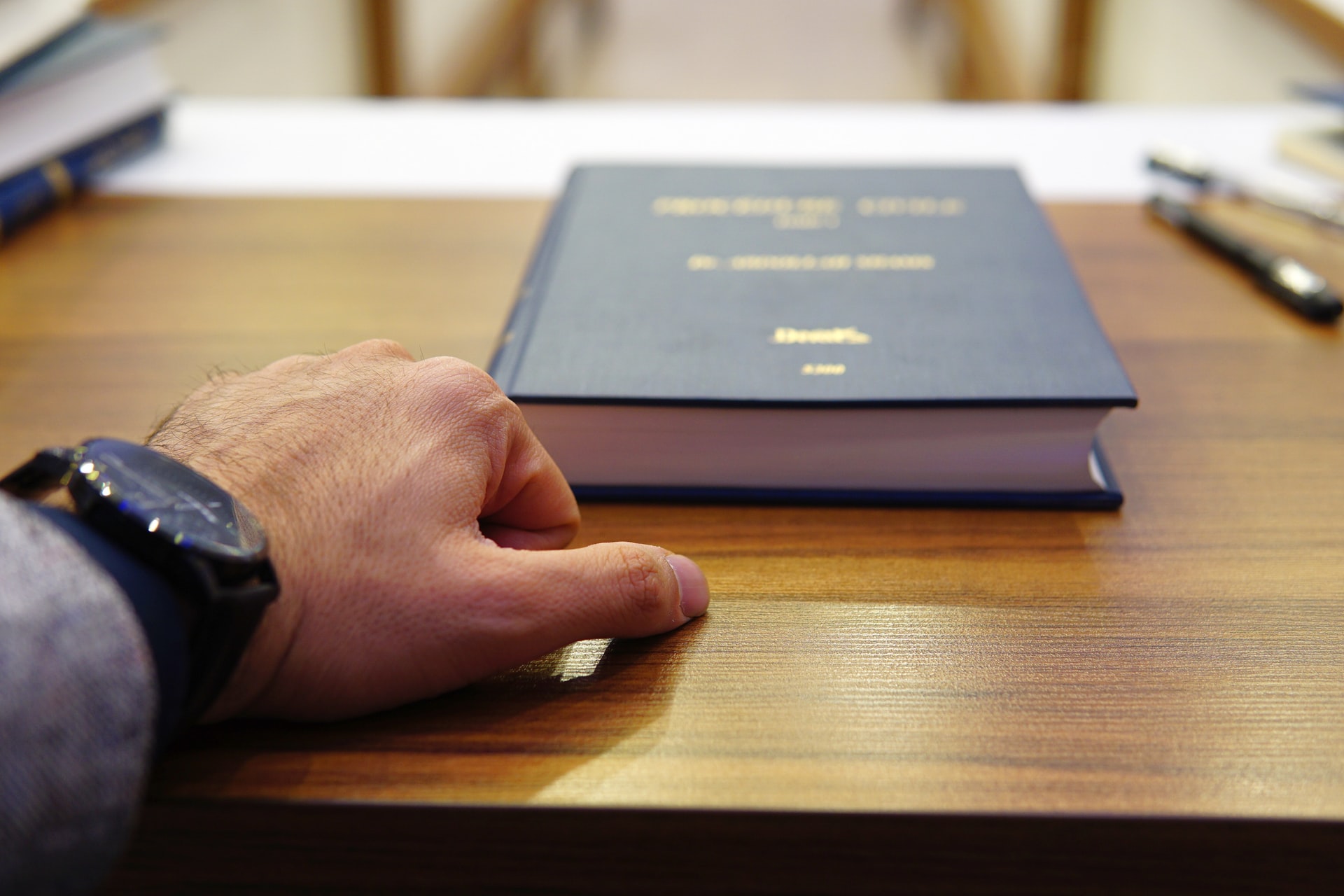 It’s been said that Intellectual Property is the oil of the 21st century. For being so important, it seems to have too many components to keep track of. From copyrights to trademarks, and from trademarks to patents, there are so many different types of intellectual property that sometimes it can be difficult to differentiate them. Intellectual property, in its most basic form, is any type of original thought, idea, production, or creation that has come from someone’s mind. Though its definition portrays it as simple, the complexities of intellectual property make it one of the most difficult things to protect. As such, the law has dedicated several different disciplines that attempt to protect this property. One such area is trademarks.Copyrights deal with the artistic and intellectual products themselves (i.e., the content in books, movies, songs, and paintings), and patents focus on the mechanical methods and inner-workings of inventions (i.e., the mechanical structure of a light bulb, a vehicle, or a 3D printer). Trademarks differ from the other areas of intellectual property (IP). They are dedicated to the names, logos, and trade dress of companies, and their subsequent goods and services. At first glance, trademarks seem to be the easiest of the three. All other IP deals with the complexities of inventions and art production, while trademarks are limited to only the titles and logos of companies. After a closer examination, however, it becomes apparent that there is a considerable amount of gray area in the field of trademarks.

WHY ARE TRADEMARKS IMPORTANT?

By definition, a trademark is any word, name, symbol, or device used to identify and distinguish goods and services. Trademark law is highly correlated with the advertising and marketing of companies. Without trademarks, it would be difficult for marketers and advertisers to create emotional and psychological connections from businesses to consumers. Every logo, slogan, word, and device that businesses trademark create a way of living, thinking, and being for their consumer demographic. This is blatantly obvious in public shopping centers, such as malls or department stores. Depending on their products, every company has a demographic that they cater to. Let's suppose that I am walking through the mall. On my right, there is the retail store H&M. On my left, there is the retail store Hot Topic. The two stores are extremely different in the way they think, what they sell, and the demographic that is drawn to them. H&M caters to an urban, hip, and trendy audience. The people who choose to shop there tend to have more money or wish to appear like they have money. They also want to fit in with the latest styles of fashion. Hot Topic, on the other hand, tends to cater to an edgier crowd—one that is fluent in popular culture. The clothing and products sold there suggest a more politically and pop-culturally active dynamic. Believe it or not, the logo, name, and other devices that identify these two brands respectively are more responsible for how the two do business than are their products. Take Nike, for example. Just by looking at the word Nike, or at looking at its swoosh logo, you can tell immediately that they are an athletic shoe company that focuses on making the utility of sports, the passion for athleticism, and the trend of fashion one and the same. That is the brand they have built around both their logo and their title. In a similar way, every company builds a brand and identity around their title, symbol, and logo. The same is true for H&M, Hot Topic, and every other company in the market. If logos and names are that important for companies, it is crucial that they are protected. That is where trademarks come in.

WHAT ARE THE COMPONENTS OF A TRADEMARK?

When filing a trademark, the applicant, (or the attorney filing for the applicant) is required to specify whether they are seeking a name, a logo, a slogan, or a combination of all three. Every name and logo are applied for separately. In legal jargon, the official term for these separate requests are [1] Standard Character, and [2] Special Form. Having both will ensure that your brand remains protected and secure from the danger of other competitors using your trademark.

‍A special form trademark covers the shape, color, size, art, and design or your company’s logo. Nike’s trademarked logo is the “swoosh”; McDonald’s, the giant, yellow M; Apple computers’ logo, the apple with a bite taken from it; etc. In addition to a standard character trademark, all these companies have complete and total ownership and legal right to their logos. Something to consider when applying for a special form trademark is your logo’s color. You will need to determine whether the shape or design in any way resembles another company’s logo. The United States Patent and Trademark Office will make you aware of any potential infringements during the process of your application.

HOW DO I DECIDE ON A NAME OR LOGO TO TRADEMARK?

One thing to consider when developing a name and logo for your company is that it needs to be strong enough to build a brand around, and still simple enough to be easily recognizable. A spectrum is used by trademark attorneys, from weakest to strongest, to assist their clients in developing powerful logos and names. Strong logo's and brand names help to build brand image and identity. The spectrum ranges from generic names/logos to arbitrary and fanciful names/logos, with generic being the weakest and arbitrary being the strongest. From generic to arbitrary, and everything in between, it is important to understand where your name fits on the spectrum.

‍A generic name or logo is one in which the obvious makings of the company are deliberately used in the title. Suppose I wish to start a restaurant in Utah. If I call my company “Utah Restaurant,” I have come up with an extremely generic name for my company. A generic logo for this company will similarly include something about Utah, and perhaps something about food. Choosing a name or logo on this end of the spectrum is not effective, nor does it assist you in building a brand around your business. Do so at your own risk.

A descriptive name or logo is one step more effective than choosing generic ones, but is not much stronger. Let us suppose instead of naming my restaurant “Utah Restaurant,” I name it “Utah’s Sandwiches, Soups, and Salads”. I could even settle with just “Sandwiches, Soups, and Salads”. Even so, this name, while descriptive, does not make it easy for me to build a brand or identity around my restaurant. It is better than “Utah Restaurant,” but if I am serious about expanding my business, I should consider something stronger. A descriptive logo may similarly include things with sandwiches, soups, and salads in the shape and design, and would be equally difficult for me to brand.

‍This step is one step above the other two. A suggestive name is one in which a company has invented a name, title, or device that seems to have nothing to do with anything, including either a descriptive or generic definition of the product or service. So, for example, to make my trademark suggestive I may call my restaurant, “Spork: Sandwiches, Soups, and Salads.” The word “Spork” does not particularly belong in the title, but because I include “Sandwiches, Soups, and Salads,” it suggests that the restaurant serves a variety of sandwiches, soups, and salads. A good example of this is the brand Coppertone, which specializes in body and hand creams. They have sunscreen and lotion which read “Coppertone Hand Lotion”. Coppertone is a name that does not have a descriptive or generic connection with lotion, but because they include “Hand Lotion,” it is apparent what product they are selling. A suggestive name can do well, but it is not the best that a company can do.

‍This is the absolute best type of name or logo that a company can develop, in terms of Trademark protection. An arbitrary and fanciful name is one that has no normal, common, or expected connotation to the product being sold. It is something that is created and chosen by the company, and then is used to produce a brand, identity, culture, idea, ideology, or following. It is one that a company has trademarked and used for their goods and services that becomes a recognizable symbol for what that company is “about.” All the companies that have been mentioned so far, including Nike, H&M, Apple, Hot Topic, McDonald’s, and Coppertone are all examples of arbitrary and fanciful trademark names. Similarly, each of these companies has a simple, intriguing, and unique logo that may otherwise seem out of place. The "swoosh" and the McDonald’s M logos, for example, would have both seemed completely foreign a few centuries ago. But because these companies have built a brand around both their names and their logos, they are now easily recognizable. This type of trademark is the goal for any national or global company.

WHAT HAPPENS IF I DO NOT HAVE A TRADEMARK?

Everyone has ideas. Ideas drive business, commerce, inventions, and innovation. Even so, without the proper permission, the ideas that drive these endeavors become useless. Without legal protection, your ideas are public domain. You cannot receive any compensation or reward for making your ideas a reality without first trademarking them. It is also important to protect your ideas from theft. If you have an award-winning idea to start a certain business, but someone else has that same idea, you have no protection against that person starting the same business before you do. To ensure that your ideas are not just public domain, it is imperative that you apply for and register the appropriate trademarks.

If you are thinking about starting a business, or if you have already started a business, we strongly advise that you seek legal guidance. Sumsion Business Law has the talent and expertise to help protect your ideas. We can be the gatekeeper, allowing your ideas to become a reality. Talk to one of our associates about how you can safeguard all of your intellectual property!