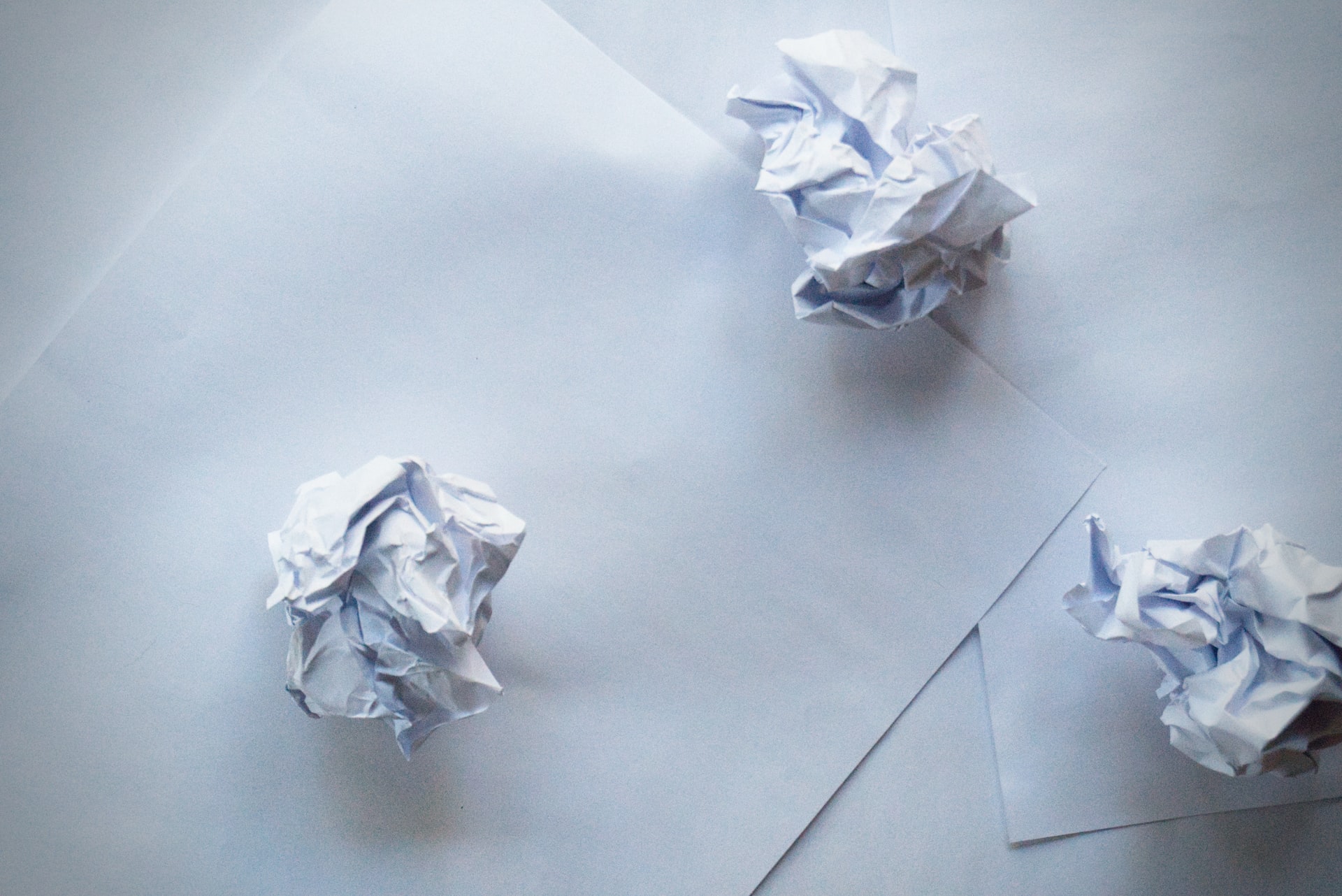 What Constitutes a Breach of Contract?

IN WHAT AREA OF LAW DO CONTRACTS BELONG?

Believe it or not, much of the law exists outside of Federal and State Statute. While there are official codes, rules and regulations that have been written into governing law, much of the law that courts will recognize are decided and adopted between two or more individuals, independent of the legislature. This is why there are several focus areas which any lawyer may choose to specialize in. One area is transaction. Transaction is the practice of law that relates to financial assets, business, commerce and money. It seeks to assist business people, entrepreneurs, investors, and other individuals in all their legal and business endeavors. Transactional law could include real estate acquisition, intellectual property matters, patents, trademarks, mergers and acquisitions, and other deals. All these ventures involve an element of contract writing. The respective contracts that are required for each of these endeavors vary, and could include contracts like operating agreements, escrow agreements, license agreements, vesting schedules, employee agreements, manufacturing and design agreements, certificates of organization, end user agreements, and executive agreements, among so many others. Each one of these contracts consists of four elements; an offer, an acceptance, consideration, and a meeting of the minds.

Another common area of law is litigation. Litigation, in many respects, is the result of a failure of any one of these contracts. When someone or a handful of individuals do not comply with a contract they signed, they are liable to the other party. This liability gives the offering party legal ground to sue. Litigation deals with these lawsuits and takes their case to court. What, then, constitutes a breach of contract? In which cases is a non-complying party liable?

WHAT ARE THE ELEMENTS OF A BREACH OF CONTRACT?

A breach of contract, in simple terms, occurs when one of the signing parties refuses, neglects, or otherwise fails to comply with their agreed responsibility. Say, for example, that I enter into an agreement to pay a certain amount of money for rent to a leasing agent each month in exchange for the permission to live in one of their apartments. I am benefiting from the contract because I have a place to live each month, and the leasing agent is benefiting from the contract because they receive a monthly payment from me. Now, let’s imagine that for three months, I neglect or refuse to pay my monthly rent. Intuitively, most would say that I have breached my leasing contract. This breach makes me liable for damages done to my leasing agent. Because of this damage, the leasing agent has the legal grounds to sue me. It’s not always as simple as this, but the principle is the same. In every instance, there are four elements that constitute a breach of contract. They are [1] the existence of a valid and binding contract; [2] the parties’ performance of the obligations under it; [3], a breach of contract by the other party; and [4] damages suffered as a result of the other party's breach.

1. The Existence of a Valid and Binding Contract

A contract is the written or spoken agreement that is intended to be enforceable by law. Many contracts are drafted and signed between two or more parties. Others are simply accomplished verbally. In either instance, every contract needs to include these elements: an offer, an acceptance of that offer, a meeting of the minds, consideration of both sides, and a signature of all the people involved.

An offer is an official manifestation that one or more parties are willing to enter into a bargain or deal. The terms and conditions of this offer need to be definite, clear, and explicit. An acceptance of the offer is the unconditional assent to all material terms and conditions presented in the offer. If one of the parties rejects any component of the agreement, they reject the entire agreement. Consideration means that all parties involved must agree to give something of equal value. All the parties must be benefiting equally from the contract. Lastly, there must be a meeting of the minds, which refers to a common or mutual understanding of all the parties. All parties must mutually agree to and understand the details, terms, and conditions of the contract. If the parties are not on the same page, there is no contract. After there has been an offer, an acceptance of that offer, consideration on both sides, and a meeting of the minds, the agreement can be sealed by signature. Once something has been decided and signed between two parties, that decision becomes legally binding.

2. The Parties’ Performance of the Obligations Under the Contract

After a contract becomes valid and binding, each party to the contract is obligated and expected to fulfill their end of the bargain. Regardless of what type of contract has been signed, every contract requires specific things of each party. In the leasing example, I as the tenant am required to pay my rent each month. That is something that I must, by law, perform under the leasing agreement that I signed. Similarly, my leasing agent is required, by law, to allow me to live in their apartment that they are renting out to me. In another scenario, let’s suppose that I own a million-dollar company. Let’s further suppose that another multi-million-dollar company wishes to acquire my company. In the process of this acquisition, there are several agreements and contracts that must be signed between myself and this larger, acquiring company, including an asset purchase agreement, a promissory note, and a pledge agreement. They promise to purchase my company for a certain amount of money, and I promise to give up every right, trademark, benefit, copyright, and all other ownership and intellectual property of that company. In both scenarios, there are expectations and obligations for each party under the contract.

3. Breach of the Contract by the Other Party

As mentioned earlier, each side of the contract has an obligation to perform certain things; the leasing agent and myself would have the obligation to, respectively, pay rent and rent out an apartment; the larger, multi-million-dollar company would have the responsibility to pay me, and I would have the obligation to give up the entire company; etc. But what happens if either party doesn’t perform? What if one party decides that they are done complying? In the leasing example, if either I or the leasing agent refuse or otherwise fail to perform these obligations, then there has been a breach of the contract. If it is not remedied, and the non-compliant party does not begin to perform again, then the law will favor the compliant party in a lawsuit. Similarly, in the merger and acquisition scenario, if the larger company refuses or fails to purchase the company in full, or if I fail to fully give up the company, the non-compliant party will be subject to a legal dispute. Litigation, as mentioned earlier, is an opportunity for legal professionals to look at each case of a breach of contract deeply, to discover the facts and the evidence, to interpret the provisions, and to identify the instances of any non-performance of the contract(s). It aims to help those individuals who have been wronged to hopefully receive some form of benefit or compensation for the damages done to them.

4. Damages Suffered as a Result of the Other Party’s Breach

The previous elements sought to provide the foundation that two or more parties reached a valid and binding agreement, that both parties had obligations to perform, and that one of the parties failed to adequately perform their duties under the contract. This fourth and final element of a breach of contract serves as evidence that a breach has actually occurred. It seeks to prove that the other party did in fact fail to comply with their obligations under the contract by demonstrating that the compliant party was harmed in some way. Typically, the breach of a contract harms the compliant party. If I fail to pay my rent, for example, I am directly harming my leasing agent. They were counting on receiving my monthly rent, and on benefiting financially from our deal. On the other hand, if they evict me without a reason, I am being directly harmed by not having a place to live while still paying them money. In the same way, if in the merger and acquisition example I fail to give up all the intellectual property and ownership of my company, and instead choose to continue using the company’s name, logo, or copyright after it’s been purchased, I am directly harming the acquiring company by stealing their new property. Conversely, if the larger company neglects to pay me the full, promised amount for the business, I am being directly harmed and am being denied the promised benefit of the contract. Litigation seeks to dig up the evidence of damages done to the other party, and to provide compensation, justice, and restitution.

If you are in need of a formal contract, or if you have found your way into a contract that has some way caused you damages, we strongly advise you to consider legal counsel. Sumsion Business Law has over 30 years of experience in business transaction, litigation, and intellectual property. Whatever your legal needs are, Sumsion Business Law is ready to fight your battle. Meet with one of our attorneys today!